Protecting Your Digital Identity - A Interview in Paltalk

Just came across this link while googling, and thought should surely share it with you. Here is the 12 Hot Web Security Products for Midmarket. 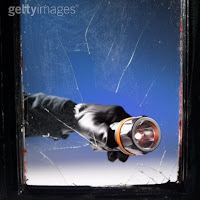 Many people they don’t want to pay for computer protection. Hence they start downloading the cracked version of software which we term as “pirated software” or “illegal software”. The people, who use such cracked software, think that both paid and cracked version is going to have the same features. So instead of spending they try to generate a duplicate key and crack the software and use it. But wonder how long is this cracked software going to work?
What’s the risk of using a pirated version of software?
In pirated or cracked software version though the features and the GUI everything remains same, you won’t have any automatic updates or regular bug fixes. Anyways illegal is illegal always. For example, the most popularly downloaded antivirus software, though it can be cracked, it would be useful only for that day. The reason is because there are thousands of viruses that are generated day by day all over the world. So the antivirus companies they research, find the new virus, find a signature, write a program to disable it from action etc and upload it to their antivirus software, which goes as automatic updates to the people who genuinely purchased the software. Whereas the people who installed the software using a duplicate cracked key, the automatic updates doesn’t work out. So the end user who uses the illegal software, doesn’t get the periodic updates, and is transparent and vulnerable to lot of security threats and attacks.
Moreover, in case a person who downloads a cracked version of software and installs it in his computer, sometimes if that results in a system crash, who would be providing the support? If he/she goes and asks the software company, the company will sue against him/her for using a pirated version of their software. The most possessed risk is that if you visit any crack download sites, you will see porn pictures to attract you, which may or may not be carrying some kind of viruses, which will enter the system while installing the cracked version of software.
So it is always good to buy software spending few bucks or instead go for some free wares, which is genuine. Because most of the freeware softwares may have adware installed in their software, which gives you regular pop-up and spy’s your computer.
A Recap – Why not to use Cracked Software:

1.) It’s Against the Law – i.e. its infringement of Copy Rights.
2.) You don’t get Automatic Updates
3.) Chances of getting malwares
4.) Finally its Doesn’t provide enough security to the Computer

“Using Cracked Software in a Computer is like using a broken shield in a War”
To fight the anti-Social elements you go for Fitness Courses and Self Defense Courses, to fight your computer enemies you need to install a real Internet Security software.

Will update you more on my Internet Security Blog.
at March 04, 2009