12 Tips to Make your PC Healthy
— Here's a dozen of tips that makes your PC healthy, if you follow it. Nowadays day-to-day there are lot new security issues that affects the computers performance. So there are certain security measures that needs to followed to make our PC Healthy

Protecting a PC, Is that really easy?
— A computer without proper security is exposed to lot of risks, how to combat those and prevent your computer from such kind of potential new threats that increase day-by-day being a layman 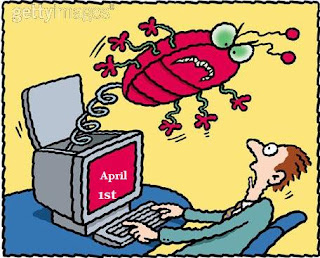 The Conficker.A and Conficker.C seems to have infected around 10 Million PC’s globally. But recently this Conficker worm has turned the attention of so many security software companies, being their websites and their network would be affected on 1st of April. Being it a Joke or Serious issue, I personally feel that it’s always good if we are secure to protect our computer from such kind of infections using a good Antivirus Software or Internet Security Software Tools. Coming back to Conficker – the Microsoft has given a severe alert level for this Conficker.C and Conficker.D Worm, which is expected to be live on the malware servers on April 1st. Click to know more about Worm:Win32/Conficker.C and Worm:Win32/Conficker.D from Microsoft Official Website. Anyways, if Conficker is going infect PC’s on April 1st or December 1st, it’s our responsibility to keep our PC secure, with updated security patches released by our OS providers to prevent / protect our computers from any worm or other unwanted malwares.
Though its gonna be a real infection or if its not going to be an infection on April 1st, still we can have our security patches updated, to safeguard our computers from any kind of dreadful infections.
Anyways if you are presently infected with Conficker worm, just download Conficker Remover tool to disinfect/remove it. If you feel that your antivirus software is unable to clean any Worms, Trojans, virus or any malware, you can always search for some specific worm removal tools for free in the web.
at April 01, 2009